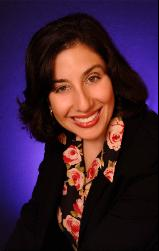 I’m so pleased to welcome fellow Kensington author Tina Gabrielle back to the blog.  Tina writes wonderful historical romance, and she’s here today to ask us a VERY important question.

What makes a hero sexy?

First let me thank Vanessa for inviting me to blog. It’s wonderful to be here!

I’m Tina Gabrielle, and I write rich Regency historical romances for Kensington Books. My Regency Barrister series is about four sexy barristers and the women who wreak havoc in their chambers and steal their hearts.

I’m often asked how I came up with the idea of my series. I’ve always loved the titled man—the duke or earl who lives a life of privilege, dresses well, and can waltz. But there is something special about the self-made man who is just as intriguing and enticing. So, what type of profession to write about? For me it was a simple choice. I’m an attorney and the idea of my Barrister Series was born.

I especially enjoyed the legal research that went into the series. In the early 1800’s, law schools didn’t exist in England. Rather, a student would attempt to gain entrance into one of the four Inns of Court, find a pupil master, and learn the law. It was a much more practical nuts and bolts approach than an academic one.

The heroes in my Regency Barrister Series all start out as—you guessed it—barristers and self-made men. Both books also have a resounding theme of second chances.

Jack Harding from In The Barrister’s Chambers is a top criminal barrister who has an eye for Lady Evelyn, the daughter of an earl and his former teacher. When Jack was a student, young Evelyn fancied herself in love with him and followed him around like a lost puppy. A true adolescent crush! Years later, Evelyn has grown into a beautiful, intelligent lady. And for the first time in Jack’s life, he has to convince a woman that he’s the right man for her. He needs a second chance to make things right between them. 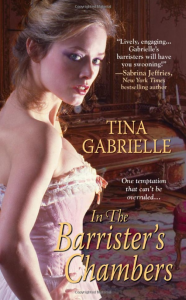 James Devlin from In The Barrister’s Bed (July 2012) always believed he was an illegitimate son of a duke until a twist of fate reveals he is the true Duke of Blackwood. He was raised as the scorned illegitimate child, but the first thing he does after unexpectedly becoming the new duke is to repurchase the country home he had spent summers with his father as a boy. It’s a second chance to fit in, to claim what’s rightfully his. Problems arise, however, when he shows up at the country manor to find a beautiful widow who claims the property is legally hers.

Bella Sinclair needs her own second chance in life after her abusive husband dies and she finally has the legal and financial freedom to buy a home of her own and live in peace. Until James shows up on her doorstep… 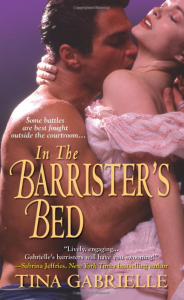 Both heroes are self-made men who grow and change to become much more after finding the strong-willed and intelligent women who are meant for them. They get a second chance at love and thankfully get it right!

So tell me: What type of historical hero do you think is most sexy? The self-made man or the titled one?  For a chance to win a signed copy of the first book, IN THE BARRISTER’S CHAMBERS, just leave a comment. Contest limited to US/Canada. Good luck!

Tina Gabrielle, an award-winning author, is an attorney and former mechanical engineer whose love of reading for pleasure helped her get through years of academia. After multi-publishing for a prestigious Law Journal, she fulfilled her dream of writing fiction. She is the author of In The Barrister’s Bed, In The Barrister’s Chambers, Lady Of Scandal, and A Perfect Scandal from Kensington Books.

A bastard by birth, James Devlin lives on his own terms—until a twist of fate reveals that he is the true Duke of Blackwood. Though the brooding bachelor swears to hold on to his freedom, he does intend to take back his childhood home. But once at Wyndmoor Manor, he discovers an arresting adversary in Bella Sinclair. Her hot-blooded claim to his home is amusing…and arousing. Which is why he isn’t leaving until he takes possession of everything—starting with the bewitching Bella…

Bella is furious when the Duke barges into her home, declaring it rightfully his! The willful widow is not about to give up her haven without a fight, no matter how determined the Duke is—or how sensual the battlefield. But once she’s sharing a house with the beguiling barrister, she is in danger of losing everything—one deep, slow kiss at a time…