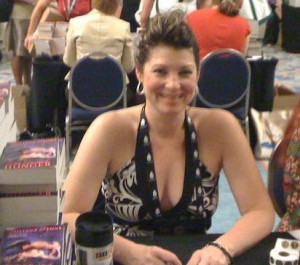 I’m back in the saddle for 2013, and I’ve got a wonderful guest author to help kick the year off right. She’s Juliana Stone, and she writes exciting paranormal romance and sexy contemporary romance. Her League of Guardians books got great reviews, and RT Book Reviews called her “a rising star.” I would definitely agree with that designation!

But Juliana is here today to talk about her new contemporary romance, so let’s get right to it.

You have a new contemporary romance out. What’s it about?

I do! COLLIDE is book 2 in my Barker Triplets series, following the first, OFFSIDE. The books are based on a set of triplets, Bobbi Jo, Billie Jo, and Betty Jo, and as an aside these girls were named in honor of my real-life cousins, who in turn were named after a television show that my auntie loved, Petticoat Junction! Book 1 dealt with Billie, a female hot shot hockey player, and COLLIDE is Bobbi’s story. It’s about the mistakes we make when we’re young, second chances, redemption and love. It’s also about the explosive chemistry between Bobbi and Shane Gallagher the ex-con who returns home and the man who broke her heart when they were young and foolish.

Small town contemporary romance is so popular these days. Why do you think they hold so much appeal?

I’m not sure, I think that contemporary romances in general are making a big comeback–whether they’re small town, or set in the city etc. As for the why of it? I think that in some way most of us are living our lives going one hundred miles an hour. We’re over-worked, over-stressed and with all the doom and gloom on the the news most of us just want an escape into something that will make us happy. Make us smile. Make us root for a happily-ever-after. I think the emotions behind contemporary romances are what draw the readers in and they don’t have to wade through the world building that you find in say, urban fantasy or paranormal romance. They’re getting the meat and bones–the love and emotion–the connections.

You also write paranormal romance. Are they darker and/or sexier than your contemporaries?

Yes, I have seven paranormal romances published with Avon–The Jaguar Warriors and The League of Guardians. I can’t lie. They’re dark and sometimes twisty and very sexy. They’re all about life and death and the constant battle between good and evil. In my world, no one is what they seem and because I enjoy all sorts of creatures, there are no limitations. These books have shapeshifters–jaguars, werewolves, etc. There are also, sorcerers, witches, demons, angels, hellhounds, vampires, gargoyles…you name it! I love to write about it! The League books are an offshoot of the Jaguar Warriors and several characters crossover. 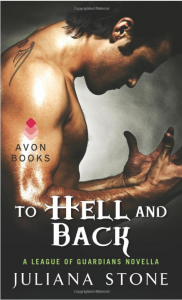 You sing in a rock band with your hubby? Does that part of your life sometimes creep into your writing?

I love music. It’s always been a huge part of my life and in fact, I met my husband when I, as a young woman, was touring Canada fronting an all girl rock band. He was the guitarist for a band from Montreal and their truck broke down in a northern town where I was playing…we met because of it and well, we just stayed together! It runs in the family. My grandfather, my father–all were musicians and it’s carried over to my kids. My son’s band made it to the top 200 of Canada’s Got Talent, and this from kids who are only 16-17! So, as you can see music is huge in my house and it has crossed over to my writing. I have a new series debuting from Sourcebooks this coming April, The Bad Boys of Crystal Lake, and the first book, The Summer He Came Home features a rocker, Cain Black who is, to me, the love child of Jon Bon Jovi and Nikki Sixx (if that were possible).

Vanessa, here. Awesome interview, Juliana – thank you! Readers, Juliana is giving away the first book in her Barker Triplet Series, Offside. For a chance to win, simply tell us what your favorite romance genre is. One person who comments will win Juliana’s wonderful and sexy romance!

And don’t forget to check out Juliana’s website for excerpts and updates, and also visit her on facebook.