I’m so thrilled to be featuring one of my favorite authors today – JoAnn Ross, the acclaimed writer of dozens of contemporary romance and romantic suspense novels.  To date, JoAnn has written around one hundred novels (she stopped keeping track a while ago), and her books have been published in twenty-six countries.  Two of her titles were excerpted in Cosmopolitan Magazine – which definitely makes her a Cosmo Girl – and her books have been published by the Doubleday, Rhapsody, Literary Guild, and Mystery Guild book clubs.

Not bad for someone whose first career choice was to play center field for the New York Yankees!  JoAnn swears that writing was intended to be her backup occupation, something she was only going to resort to after her retirement from baseball.  Luckily for us, the Yankees never called and JoAnn was forced to write all those wonderful books, going on to win (more than once) the Romantic Times Career Achievement Award and eventually making it onto the Romance Writers of America’s Honor Roll for best-selling authors.

I could wax on and on about JoAnn’s truly distinguished career and her fascinating personal history – she married the same man twice, for instance – but you can find that stuff out for yourself on her great website.

Okay, you DO have to check out her 10 things you probably didn’t know about JoAnn page, which includes such fascinating tidbits as the fact that her early years were spent in a bungalow on Santa Monica Beach.  The best part about that?  Her babysitters were the bulked up bodyguards from L.A.’s Muscle Beach!  And then there’s the fact that…well, you get the idea!

What I really want to talk about are JoAnn’s books, which are fabulous.  As readers of my blog already know, I’m a huge fan of romantic suspense and JoAnn’s are among my favorites.  The books in her recent High Risk series are suspenseful and fast-paced, with a compelling group of military heroes who generate a whole lot of heat and chemistry with their heroines.

Here’s what RT Book Reviews had to say about Shattered, JoAnn’s third book in the High Risk series:

“The third book in Ross’ High Risk series is a fine addition to her oeuvre dealing with veterans of our current conflicts. The story is compelling, and showing characters dealing with some of the issues men and women face when they return from war adds depth.  Highly recommended. ”  *4 1/2 Stars*

JoAnn’s new series leaves the action of the battlefield for the small town of Shelter Bay, Oregon. 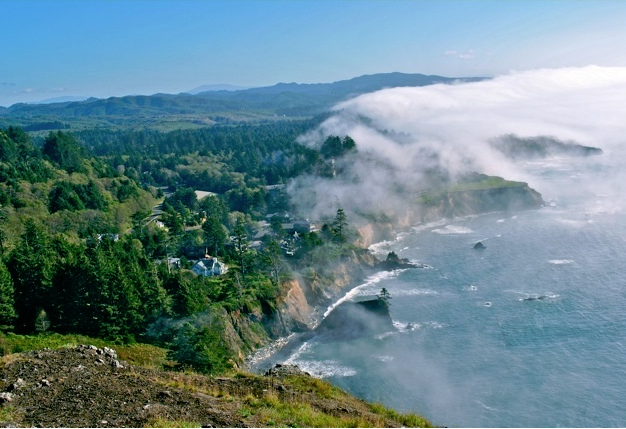 Fortunately, she hasn’t left behind the fantastic, emotional stories her readers have come to love.  The latest book in the Shelter Bay series is One Summer, which made the New York Times, the USA Today, and the Publishers Weekly bestseller lists.

See what I mean?  This woman knows her stuff! 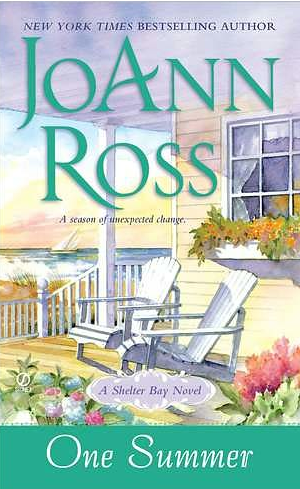 Here’s the blurb for One Summer:

It was supposed to be nothing more than a brief encounter…

Former U.S. Marine photojournalist Gabriel St. James doesn’t see the world as others do. His work reflects the heart of a dispirited, disillusioned loner. When he arrives in Shelter Bay to help out a fellow Marine, the last thing he expects is for that cynical veneer to crack. Then again, he never expected to meet a woman like Charity Tiernan.

A veterinarian with a past that would have defeated a less resilient woman, Charity still possesses a heart as generous as her name. She’s known men like Gabe before—a guarded soul with an elusive nature. With a shared attraction impossible to deny, Charity and Gabe agree to a simple affair with no expectations.

But as summer unfolds, and Gabe finds reasons to extend his stay in Shelter Bay, he and Charity realize that there’s nothing simple about falling in love, and nothing easy about the choices of the heart.

I’m reading One Summer right now, and I can tell you that I fell straight in love with Gabe.  I know you will too, and you’ll also fall in love with the small town of Shelter Bay.  Trust me – this series is fantastic.

For my readers today, JoAnn has graciously donated a copy of One Summer.  Naturally, you have to answer a question first!  On JoAnn’s very cool website she has a number of recipes that match up to her books.  Just check out her recipes pages and pick one you think looks really great (well, they all do – but just pick one).  Then hop on back here and tell me what it is.  One lucky commenter will win the book, and we’ll all get to savor JoAnn’s wonderful recipes!