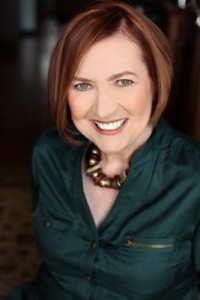 I’m so pleased to welcome bestselling romance and epic fantasy author Patricia Borroughs to the blog today.  Pooks, as she’s called, is here to talk about her latest book, This Crumbling Pageant–which has an interesting movie-related twist.

I never consciously thought about Gigi when I was plotting and writing This Crumbling Pageant.

I was a very small girl the first time I saw that lush, gorgeous movie musical describing a different world and a different culture from my own. I had no idea what a courtesan was, or what Gigi was being raised to be. I just knew that I fell in love with the tale and several times since have watched it again, a bewitching romance in the old school way—a young girl raised to be a courtesan, who brings the hero to his knees both figuratively and literally.

They first met when she was a young girl, and part of the fun for me was watching scenes like this one, and anticipating the moment when he would see her—really see her—for the first time as a woman. 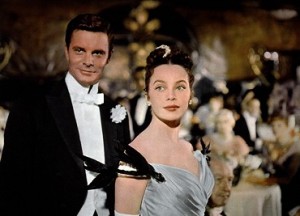 I certainly wasn’t remembering Gigi when I was plotting the early part of my trilogy, when Persephone is smitten with Sir Robin Fitzwilliam and he sees her as a precocious young lady deserving of his protection and affection but certainly not a love interest. The plot required that moment, and that age difference. And yet, I also didn’t shrink back in dismay. Historically, matches were frequently made between young women and more mature men.

I understand being turned off by the idea of a relationship that began, innocently, when Persephone was too young, even though it didn’t progress as a love relationship until she’s old enough to be presented to the queen. But in the 21st Century few of our readers would be thrilled to have their 17-year-old daughters fall in love with thirty year-old men. I get that.

But even though This Crumbling Pageant does tell a complex and complicated—and ultimately, passionate—love story, it is first and always a fantasy. I can tell my story as it needs to be told, with the ages and situations demanded by the plot, without worrying about contemporary rules that might stand in the way if I were writing only about Persephone’s romantic story arc—an arc, I must add, that won’t end until the entire trilogy is written.

Alas, a youtube search did not turn up the moment when Louis Jordan takes a look at Gigi and realizes she is a woman, when he experiences that gut-clench of possession and realizes that she means far more to him than he ever dreamed. I guess I’ll have to watch the entire movie again. (As if that’s a sacrifice!) 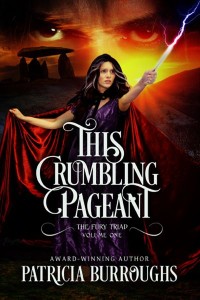 In the meantime, I will give you that moment for Persephone and Robin.

Robin stepped onto the first floor landing to realise that from below him, people were gathered, looking up. Guests who had been milling near the ballroom entrance were now turned, also looking up expectantly. He followed their gazes up the stairs.

And why did that leave Robin uneasy?

The Duke Regent descended next, as regal as if he already bore the crown. The slight rigidity around his eyes was all that betrayed that he, too, might have concerns. It was a detail few would detect.

When the three reached the foot of the stairs, they turned as one and awaited the announcement of her name.

And finally, the slow, graceful descent of Apollo Fury and his daughter.

A soft gasp echoed through the assemblage.

Wearing a dress of purple so dark, it was almost black.

Her hair was unfashionable, a sleek fall of ebony. Usually so flat in colour, it shimmered, with a silver laurel wreath its only adornment.

Her skin wasn’t the milky white of her sister, but in this light, against such a dress, it had a honeyed cast that glowed with life. The wide neck of the gown was low on her shoulders, exposing the delicacy of the joining of sinew and bone, the hollow at the base of her throat. Her mouth was wide and tinged with rose.

But it was her eyes, large and liquid, that dominated her face with their dark intensity.

Her presence was magnetic. There was no way any eye could have been on any other woman in the room.

She appeared to have stepped from a medieval portrait at Erinyes Manor, despite the fact that her dress was of the most recent fashion, with snow-white gloves that covered her from fingertip to above where sleeve met wrist—an effect obviously created by a modiste of the first stare. Down to the finest detail, it could not be faulted in any way.

Except for its hue that no young lady of fashion would ever choose.

A hue that made her glow.

The blood-draining grip at his elbow, the carefully composed expression on Electra’s face as she looked—simply looked—at Cosmo, and his return smirk told Robin everything.

This presentation was Cosmo Fury’s doing.

And Persephone’s sister Electra, the Duchess of Aubyn, was rigid with rage.

Persephone drew closer. Robin looked into her eyes, and his breath caught at the intensity of her apprehension.

Oh yes, her chin was high, her shoulders straight, her posture impeccable. Few would know that she reeked of tension, only those who knew her well.

And yes, he knew her so well.

And it hit him.

Persephone didn’t know. Electra had yet to recognise. The first shock had not worn off.

None of them with the exception of Cosmo had quite yet realised.

Whether trope of cliché, this is one of those moments I love to read and to write, that moment when an awkward duckling appears as a swan to the man she’s been yearning for.

How does Gigi hold up today? I didn’t even address the fact that she was raised to be a courtesan here.

Can you still enjoy it as a love story, or does it squick? Is it still a fabulously romantic tale of a girl who rises above her ‘station’ and wins the world be bring the hero to submission? Or is it one of those stories best left behind to another time and place, a guilty pleasure at best and a glamorization of a dark time for women at worst?

Vanessa, here.  Readers, what do you think of Pooks’ question? I love the idea for this book and I also love Gigi, so let’s talk about it!  Pooks will give away a $10 gift card and I’ll give away a copy of my latest book, Confessions of a Royal Bridegroom, to one person who comments.

Persephone Fury is the Dark daughter, the one they hide.

England, 1811. Few are aware of a hidden magical England, a people not ruled by poor mad George, but by the dying King Pellinore of the House of Pendragon.

The Furys are known for their music, their magic, and their historic role as kingmakers. When Fury ambitions demand a political marriage, Persephone is drugged and presented to Society—

But devious and ruthless, Persephone must defy ancient prophecy and seize her own fate.

Get swept away into the first book of a dark fantasy series combining swashbuckling adventure, heart-pounding romance, and plot-twisting suspense.