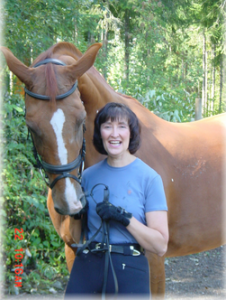 Most of my readers know that I write sports romances with my hubby as VK Sykes, so I’m very please to be hosting another sports romance writer on the blog today.  She’s Jami Davenport, and she has an award-winning, bestselling series about a football team.

Jami, you’ve had wonderful success with your Seattle Lumberjacks Series. How did you come up with the idea for the series, and why football? 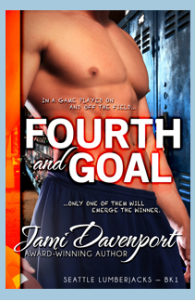 As someone who also writes sports romance, I’m interested in why other authors choose this sub-genre—especially since conventional wisdom says athlete heroes don’t sell.  What does the sports setting bring to your writing in terms of character development and story conflict?

Actually, just in the past year there’s been an explosion in sports romance, even traditional publishers are buying them now. I love bad boys, and sports romance heroes make great bad boys and then add the team aspect, an athlete’s competitive drive, cocky confidence, and laser-sharp focus. All of those qualities can be used on the field or on a woman. What woman wouldn’t want that kind of attention? Don’t forget, athletes have great bodies and they’re rich, which is an added bonus.

Your latest book is Down by Contact.  What’s it about?

This book was a lot of fun to write and loosely based on my husband. When he was in his twenties his mother insisted he go to etiquette school. The man’s manners still leave something to be desired, but he can set a mean table.

After twelve years in the league, all Zach Murphy wants is a Super Bowl ring. Not exactly Mr. Manners, he’s more about hard hits than soft smiles, but after committing one too many social blunders, his tenure with the team looks perilously short.  Kelsie Carrington-Richmond’s Finishing School for Real Men has a real shot, and the Seattle Lumberjacks have hired her to polish their roughest player. Except…it’s Zach. Long ago she broke his heart.  Yet, getting knocked down happens, getting back up makes a contender. And they both have the hearts of champions. 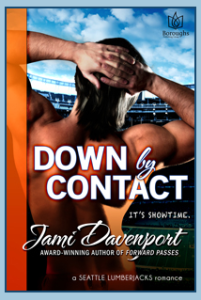 Please tell us about your blog, Romancing The Jock.

LAST YEAR, a couple of sports romance authors came up with the idea for a blog written by industry professionals who love sports. This was a niche not filled by any other blog. These authors wanted to share their love of sports with readers from the unique viewpoint of someone who writes or publishes stories in the sports romance genre. In January 2013, Romancing the Jock was born and continues to grow. Regular contributors include New York Times bestsellers, other bestselling authors and an executive editor, all of whom are passionate about sports romance. The blog features posts about favorite teams, athletes, experiences as a female fan, the challenges of writing about jocks and, of course, keeping readers apprised of the authors’ newest sports romance releases. Romancing the Jock offers readers the opportunity to interact with their favorite authors and discuss their mutual love of sports. Are you looking for a list of recommended reads in sports romance? Romancing the Jock also maintains such a list. Check out our favorites by visiting RomancingTheJock.com.

What’s up next in Jami’s writing world?

I have way more plans than I have time for. Along with 2-3 more Lumberjacks books this year and even more next year, I’m doing a new adult spin-off series titled The Rookies and another series based on a college football team. I also have my rights back to my first three published books, and I’ll be self-publishing edited versions with new covers in the next six months. If that wasn’t enough, I work a full-time job in IT, and I have a small-town series, I’d like to get out there, too.

Sounds like you’ll be very busy!  Thanks for spending time with us today.  Readers, Jami giving away a digital copy of one her books–your choice!  Just tell us if you have a favorite sport and team for a chance to win.