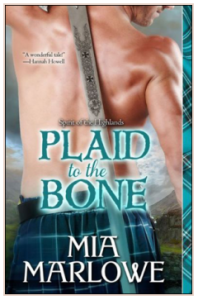 Acclaimed historical romance author and all-around fab person Mia Marlowe is celebrating the publication of her 20th book–Plaid to the Bone–with a 20 day celebration for her readers.  She’s giving away books every day with a grand prize of a Kindle Paperwhite at the end of the celebration.

Zounds!  You don’t want to miss out on any of that action.  Today Mia is giving away a copy of my third book, My Favorite Countess, and a copy of Improper Gentlemen, a lovely historical anthology with works by Mia, Maggie Robinson, and Diane Whiteside.  Be sure to hop on over to Mia’s blog right now for a chance to win! 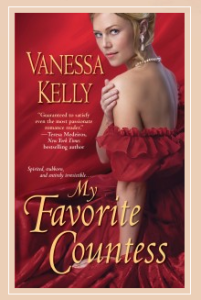 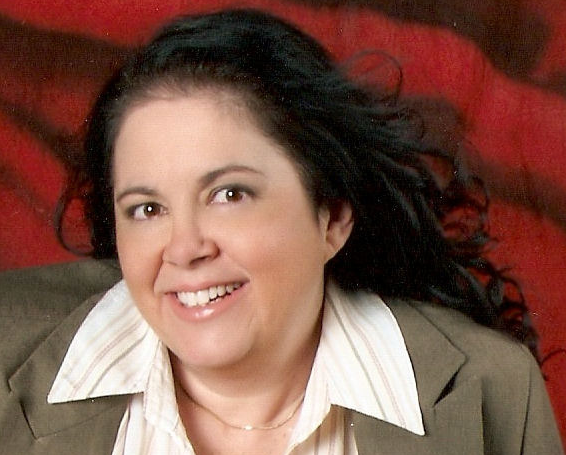 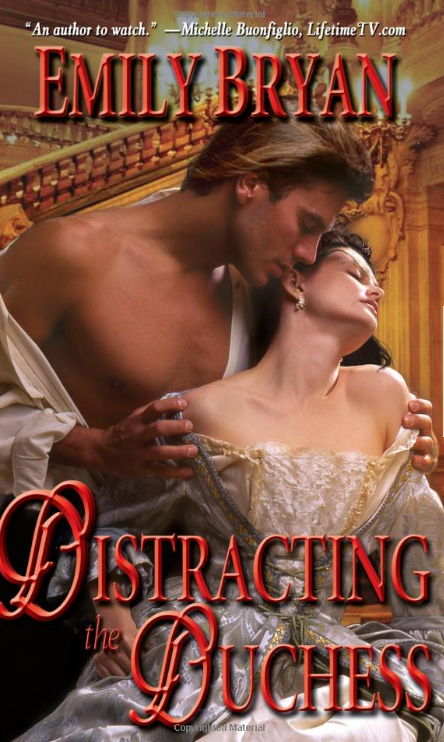 I normally try to blog three days a week, on Monday, Wednesday, and Friday.  Despite my best intentions I didn’t manage to do that yesterday, because I was too busy making up fabulous gift baskets for the First Coast Romance Writers mini-conference that’s happening this Saturday, March 12, in Jacksonville, Florida. 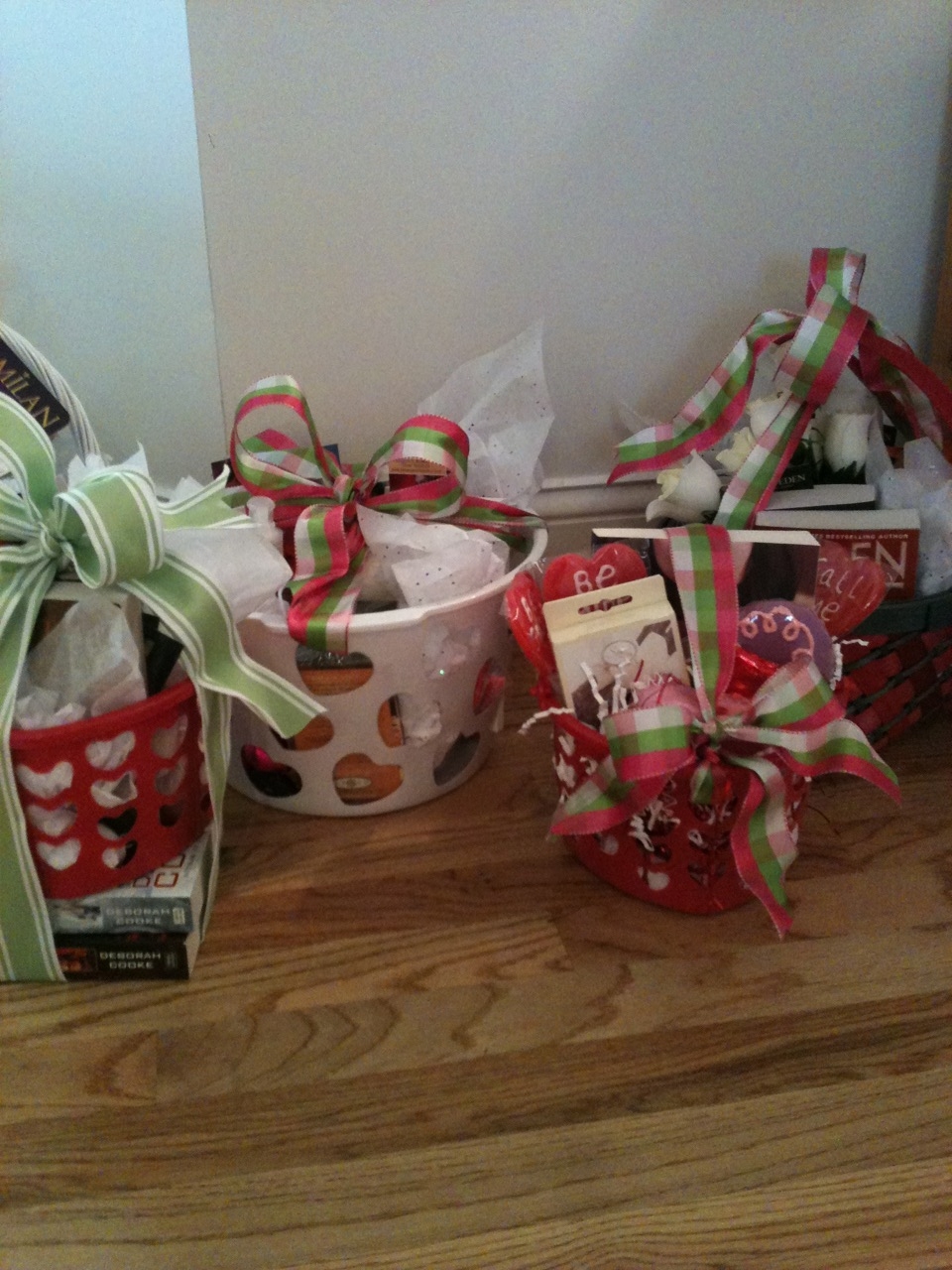 Okay, I have a confession to make.  I didn’t really make up those baskets; my uber-talented stepmother did.  I did buy all the candy and treats for the baskets, though, and made sure my stepmom was well supplied with high-test coffee while she worked.  As you can tell by the pictures, she does do great work.

Here’s the basket that contains a whole mess of books from Kensington Publishing.  My editor, John Scognamigio, very kindly contributed a box of books to the conference, and other generous Kensington authors like Kate Douglas, Susan Fox, Marilyn Brant, Diane Whiteside, and Elizabeth Amber all sent books. 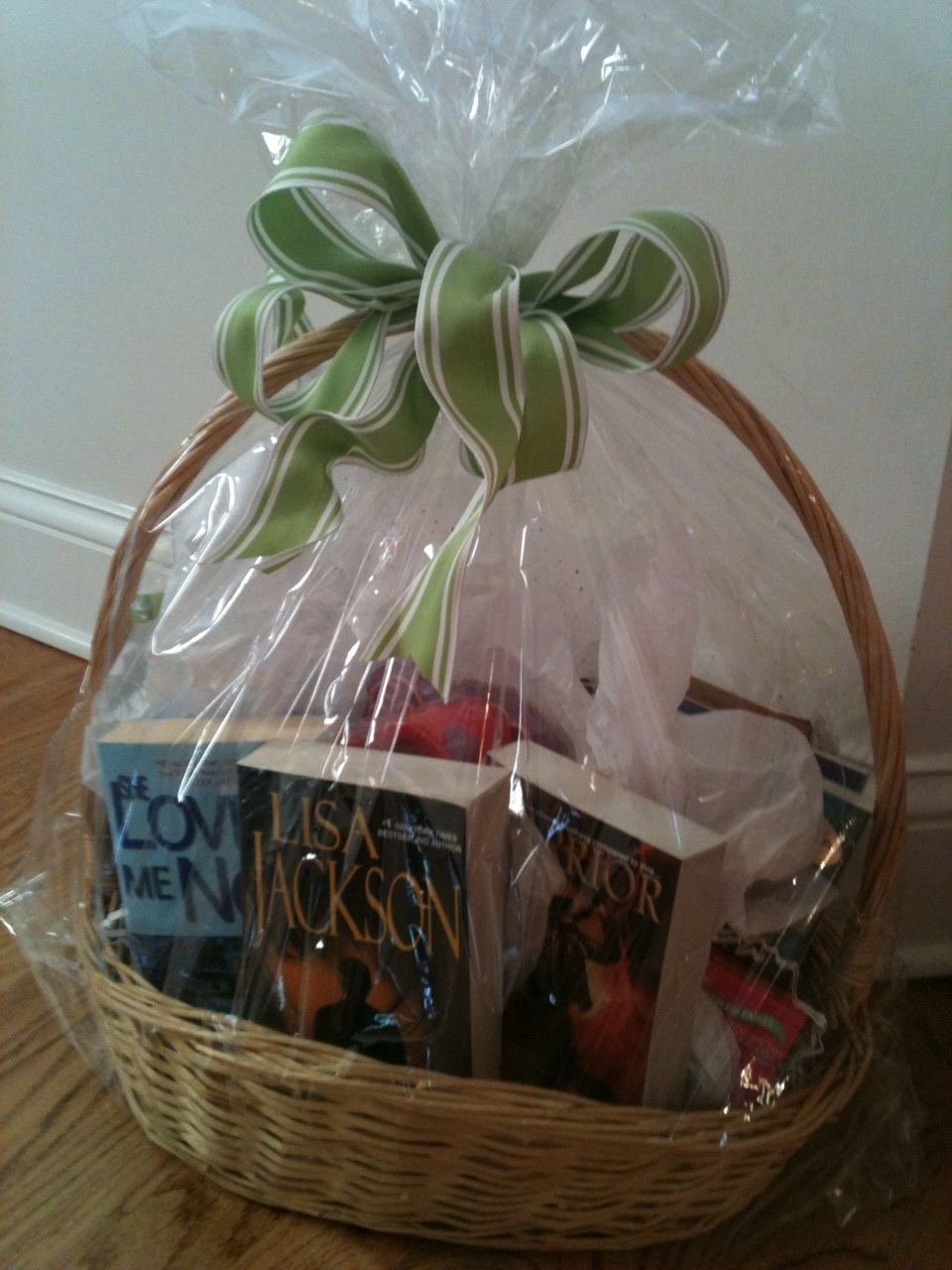 It will be a lucky pup who wins that basket, I can tell you!

And here are the two baskets I’m contributing. 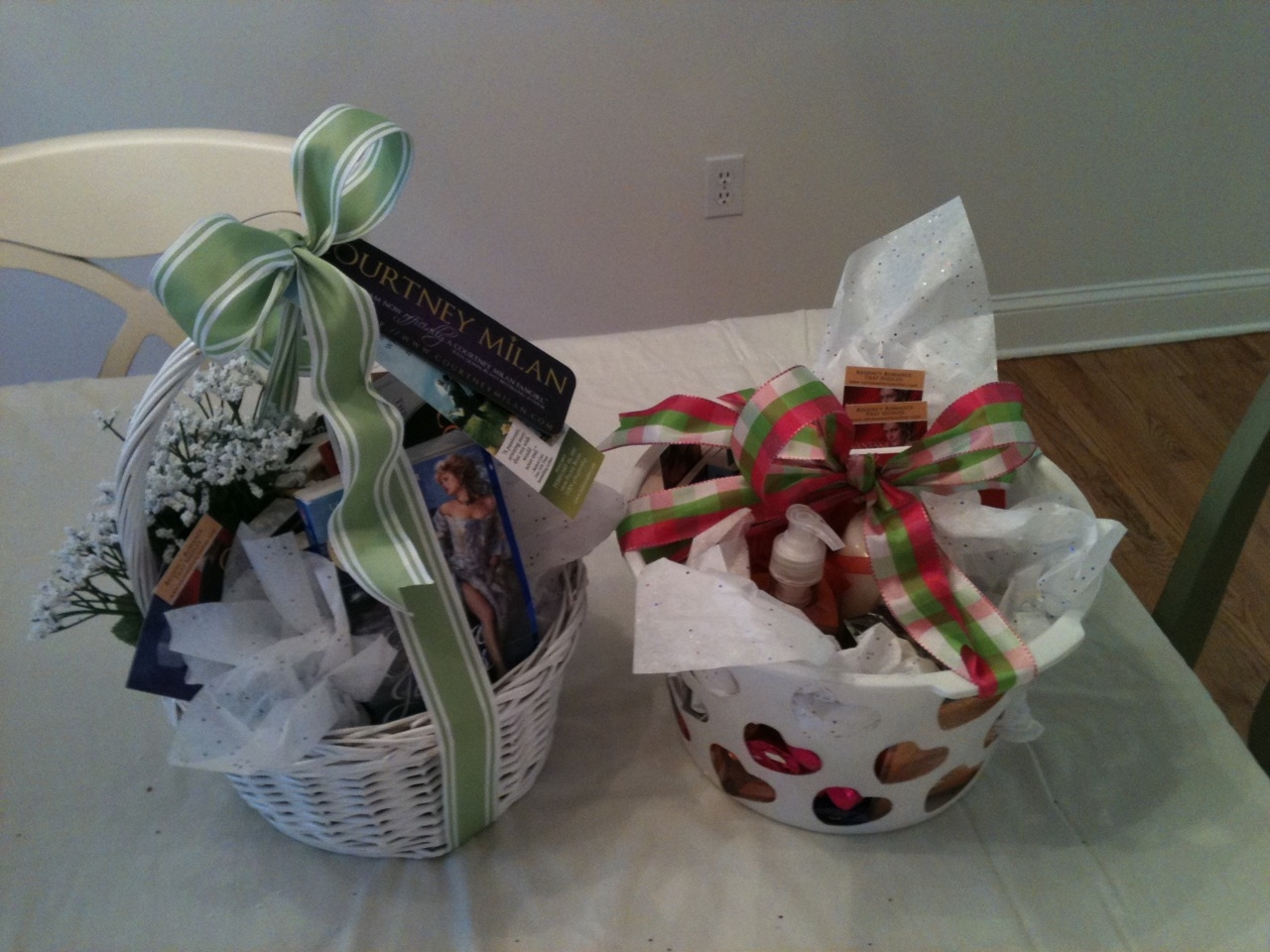 The basket on the left contains books donated by friends and some of my favorite authors, like Eloisa James and Courtney Milan.  The basket on the right contains my books, including Mastering The Marquess, Sex And The Single Earl, An Invitation To Sin, and also contains an Advanced Reader’s Copy of my upcoming May release, My Favorite Countess.

How do get your hands on one of these lovelies?  Easy!  Just go to the First Coast Romance Writers website and sign up for our mini-conference on Saturday.  Our featured speaker is the fabulous CL Wilson, and we’re also hosting pitches with Avon editor Tessa Woodward and literary agent Emmanuelle Morgen.  It’s going to be a great day!