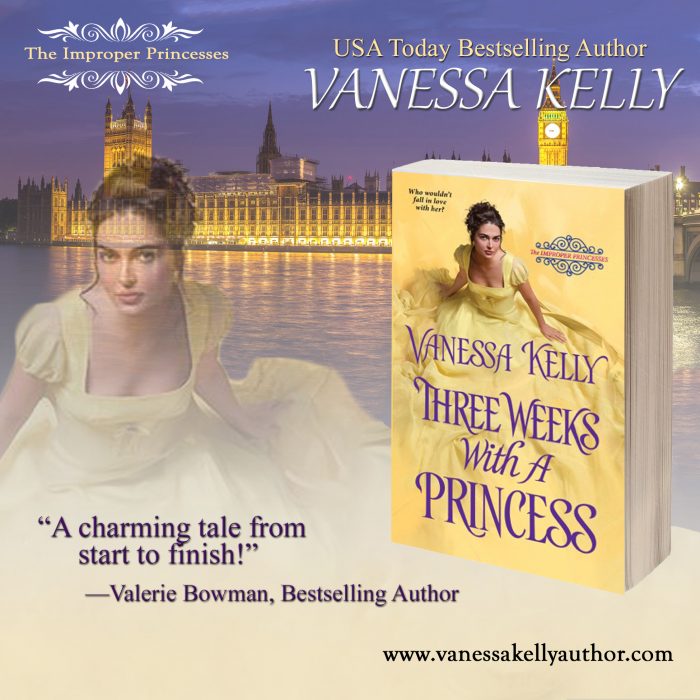 THREE WEEKS WITH A PRINCESS releases into the wild world tomorrow–huzzah! To celebrate, I’ll be holding a facebook party tomorrow evening from 7 – 9 pm, EST. There will be chats with guest authors like Christi Caldwell and Shana Galen, and lots of giveaways–like this one!

This prize includes a lovely ceramic coaster, books off my backlist, and signed book swag. There’s also a grand prize giveaway of lovely jewelry, and also an Amazon gift card.

To RSVP or for more details, please click here.

I do hope you’ll join me to celebrate the release of THREE WEEKS WITH A PRINCESS. For more info and to read excerpts from the second book in my Improper Princesses Series, please visit the Book Page. 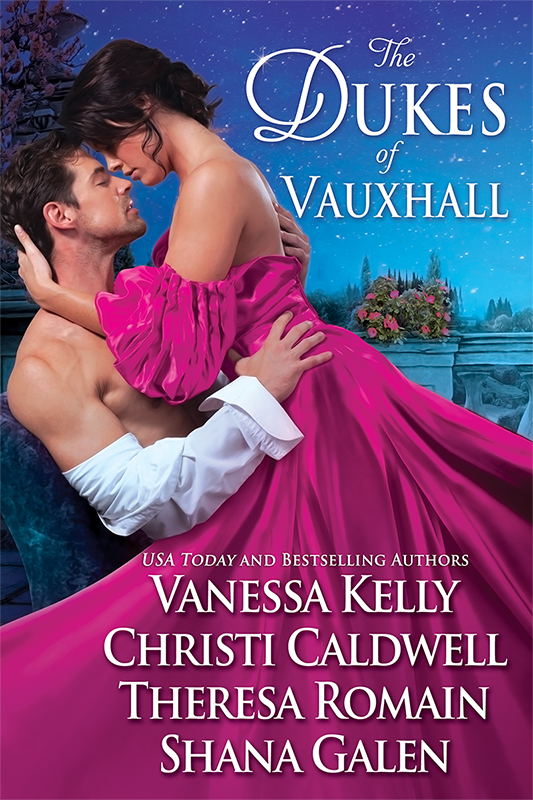 Hi, all! I’ve been pretty quiet of late, because I’ve been working on a brand-new anthology with three other Regency writers–the fabulous Shana Galen, Christi Caldwell, and Theresa Romain. THE DUKES OF VAUXHALL features four interconnected novellas, never before published. Here’s the blurb:

My novella is called The Buccaneer Duke, and it’s set in the world of my Renegade Royals Series. In fact, it features a guest appearance from Griffin Steele, one of my favorite heroes!

THE DUKES OF VAUXHALL is now available for pre-order on Amazon, B & N, Kobo, and iTunes. You can find more info and an excerpt on the Book Page.

To celebrate the turn of the seasons, I’ve joined this fabulous group of historical romance writers in giving away signed, print copies of our books. And look at that line-up: Shana Galen, Christi Caldwell, Valerie Bowman…and more!

There are other prizes too, so be sure to check out the details on facebook, or just enter directly by clicking on this link.

Here’s something that’s pretty exciting! I’m teaming up with six other acclaimed historical romance authors to give away lots of goodies – including an iPad Mini! There will also be book and gift card giveaways and some really sweet reading swag, too. Interested? Well, all you have to do is visit the Rafflecopter link below and sign up to receive newsletters from acclaimed authors like Christi Caldwell and Erica Ridley. If you haven’t read some of these authors, you’ll definitely want to check them out!

Click here for the Rafflecopter widget and for contest details.