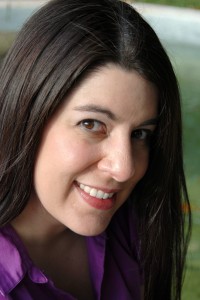 I’ve got one of my favorite people in the world returning to the blog today.  She’s Valerie Bowman, and she writes absolutely delicious and charming Regency-set historical romance.  Valerie’s first book, Secrets of a Wedding Night, garnered wonderful reviews and was nominated by RT Book Reviews as Best Debut Historical Romance of 2012.

Let’s turn the blog over to Valerie as she tells us about her latest Regency story.

Why I Really Wrote A Secret Proposal: Girl Power in a Regency Novella!

Ok, I’ll admit. The main reason I wrote my very first novella (A Secret Proposal, story 1.5 of the Secret Brides series) was because my agent and editor thought it would be a good idea. I’d never written a shorter story before and I wondered if I’d be able to fit an entire story into something a third of the length of a regular novel. I was intrigued, however, so I gave it a try. Well, intrigued and compelled. Compelled by the REAL reason I wrote the story.

You see, I am a card-carrying feminist. I grew up with a mom and seven sisters. Then I went to an all-women’s college. I’m seriously pro-girl power! And there was just something about a certain character and interaction that went down in my first novel, Secrets of a Wedding Night, that I could NOT leave alone. In that story, the heroine, Lily, writes a scandalous pamphlet entitled SECRETS OF A WEDDING NIGHT that has London’s society virgins scared witless. She even delivers a copy of the thing to a one Miss Amelia Templeton who, as a result, cries off from her engagement from the handsome, dashing Marquis of Colton. 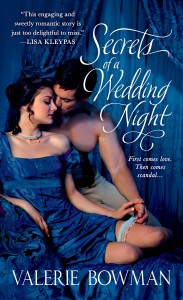 Now, Lily has her reasons, and she and Devon, the marquis, are clearly meant to be together, but I always wanted to answer the question: Whatever happened to Amelia Templeton?

Regrettably, Lily says some mean things to the poor girl in the first book and me, being a feminist, well, I just couldn’t allow that girl fight to continue. I had to clear the air between the two ladies. Lily needed to apologize and recognize how badly she’d behaved and Amelia, who didn’t really love Devon to begin with, needed to earn her own happily ever after.

So, it absolutely no coincidence that A Secret Proposal, my first novella, is the story of what happened to Amelia. I always wanted to tell it but I knew it was not going to be a main part of the trilogy. The novella opportunity presented itself and was absolutely perfect. In A Secret Proposal, you’ll see Amelia and Lily finally have it out, Lily deliver her mea culpa and Lily and Devon actually play an important part in Amelia’s story with a fun and unexpected twist.

The story begins with Amelia, knowing her mother is angry at her for losing the titled marquis, making a list of eligible titled men whom she may marry. She’s determined to land a peer this time, but first she must get over her fear of a wedding night. Enter, her brother’s best friend, Mr. Thaddeus Hammond. Thad hasn’t seen Amelia in three years, the night her brother died. But Thad promised her he’d do anything she ever needed him to, he just didn’t expect that she’d ask him to spend an illicit night with her. 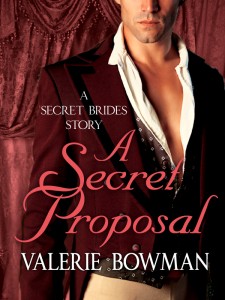 So, if you’re interested in a fast-paced romp through Regency England with a determined debutante, a professional boxer with a sordid past, and some newly minted friends, take a peek at A Secret Proposal.

What’s your favorite story where former rivals team up together? One lucky commenter will win a copy of the e-novella (e-format of your choice). Void where prohibited.

Vanessa, here.  To help Valerie celebrate the release of her fabulous novella (doesn’t it sound awesome?!) I’ll also add a copy of my book, Mastering The Marquess, to the prize package.  One person who comments will win both Valerie’s digital novella and my book!

Valerie Bowman writes Racy Regency Romps with a focus on sharp dialogue, engaging storylines, and heroines who take matters into their own hands! Publishers Weekly calls Secrets of a Wedding Night, an “enchanting, engaging debut that will have readers seeking future installments” and Romantic Times Book Reviews says, “This fast-paced, charming debut, sparkling with witty dialogue and engaging characters, marks Bowman for stardom.” Booklist gave it a starred review! You can find Valerie on the web at www.ValerieBowmanBooks.com and on Facebook and Twitter.

Secrets of a Wedding Night was nominated by RT Book Reviews as the Best Debut Historical Romance Novel of 2012! The novel is available on Amazon | Barnes and Noble |  Books a Million and wherever books are sold!