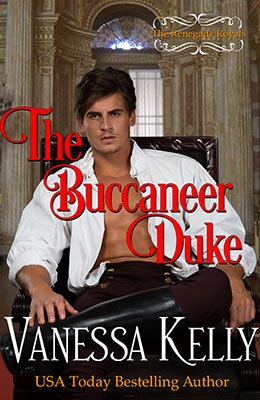 Captain Roman Cantrell, illegitimate son of a royal duke, served his country as a ruthless privateer on the high seas. But the war is over and his father orders him home to London to find a respectable wife, one who will help restore his reputation amongst the ton.

But the only woman Roman finds remotely attractive is the opposite of respectable. Antonia Barnett is decidedly unconventional, positively scandalous—and entirely enchanting. Unfortunately, she’s also the daughter of his greatest rival, a man who believes that Roman’s dangerous past will come back to haunt him.

Previously published in the anthology The Dukes of Vauxhall.