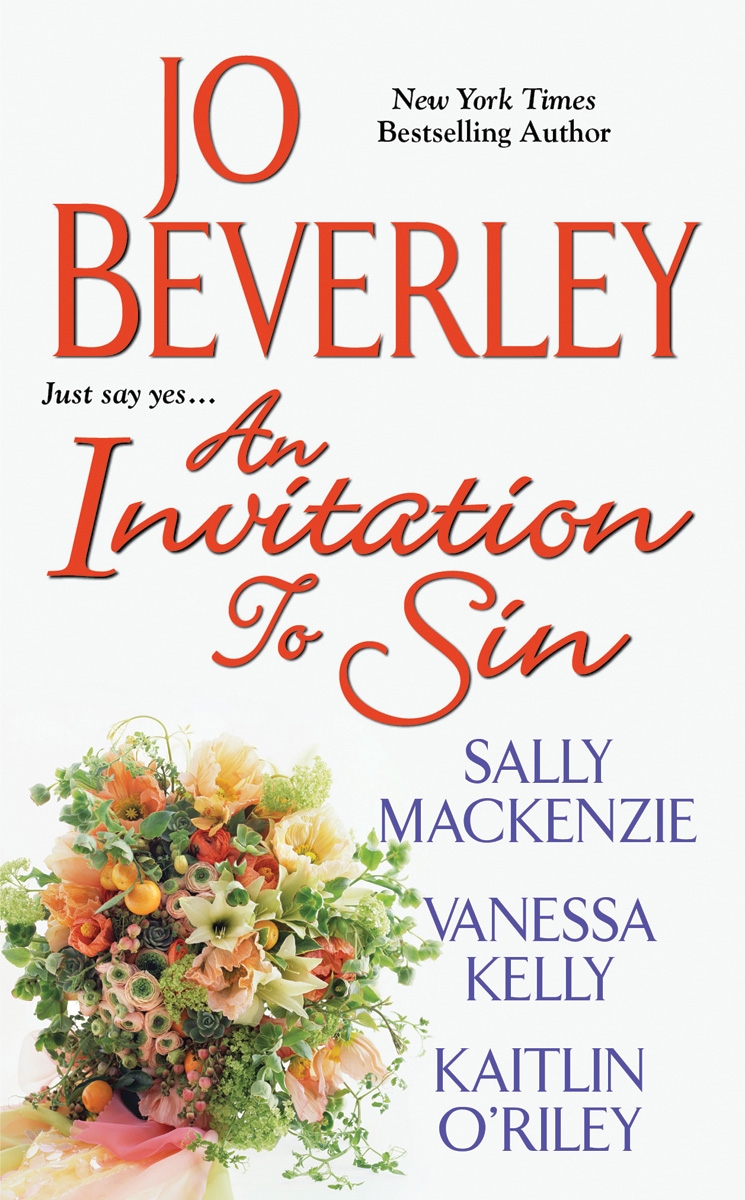 You probably know by now (because I’ve been pimping it everywhere!) that my next release will be out this Tuesday, Feb. 1.  It’s an anthology called An Invitation To Sin, and I’m in it along with three other fabulous authors, Jo Beverley, Sally MacKenzie, and Kaitlin O’Riley.  I’d like to showcase those talented gals over the next few days, ending with a giveaway of two copies of An Invitation To Sin on Tuesday.

The lead in this anthology is Jo Beverley, the bestselling author of Georgian and Regency historical romance.  She’s particularly well-known for her two series, the Company of Rogues (set in the Regency era) and the Mallorens, set in Georgian times.  If you’ve not read either of those sets of novels, you’re really in for a treat.  Jo also wrote four books set during the Medieval period – much-loved by her fans – and she also has a slew of traditional Regencies, romance novellas, and even some science fiction stories to her name.

Jo has received many awards for her books, and is a five time winner of the RITA, the top award of the Romance Writers of America (RWA).  She is also a member of RWA’s Honor Roll and Hall Of Fame, along with other great authors like Susan Elizabeth Phillips and Nora Roberts.  Romantic Times called her “one of the great names of the genre,” and she regularly appears on bestseller lists, including USA Today and the New York Times.

Jo’s latest books is The Secret Duke, and her next book, An Unlikely Countess, is coming in March, 2011.   Her novella in An Invitation To Sin is called Forbidden Affections, and I guarantee you’ll love it.