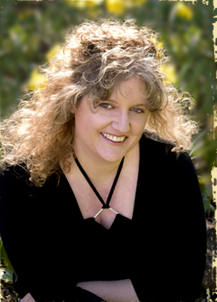 Kris Kennedy is a good friend of mine, and she’s also one of a new crop of historical romance writers that is hugely talented.  And I’m not just saying that because we’re friends – she is that good.  Her last book, The Irish Warrior, was featured in Eloisa James’s column for Barnes and Noble, and was also a Fresh Pick at Fresh Fiction.

Kris and I both have a book coming out in May.  Hers is entitled Defiant, and I was lucky enough to read it in draft form.  It’s fabulous!  It’s got passion, adventure, smart writing, and sexual tension that leaps off the page.  Kris always creates strong, engaging characters, and I particularly love her heroes.  Jamie Lost is definitely swoon-worthy, and I have a feeling that Defiant will bring Kris a lot of new fans.  She deserves every one!

Here’s the blurb from Defiant:

Jamie Lost is the king’s most renowned commander, an audacious knight ordered to kidnap an exiled priest before rebel forces close in. The mission is simple–until he comes up against a mysterious woman on a mission, a thief who will first steal his quarry and then his heart.

Eva is also seeking Father Peter, but she intends to protect him from a secret that endangers his life, even if it costs her own.  She is well aware danger lies everywhere, especially in the knight showing too much interest in her activities.  But deep inside, Eva knows the danger lies not in Jamie, but in her, in the desire he awakens in her body and her heart.

When a mysterious band of armed mercenaries upends both their plans and abducts the priest, Jamie and Eva must form an uneasy alliance, and as civil war unfolds around them, they embark on an epic journey that betrays the truth about their identities, their unexpected loyalties, and the dangerous attraction that could seal their fates forever.

Okay, doesn’t that sound great?  You can pre-order Defiant at Amazon, Barnes & Noble, Borders, and all other booksellers.  I would really encourage you to do so – it’s a wonderful book!

To celebrate the upcoming release of Defiant, I’ll be giving away a copy of Kris’s last book, The Irish Warrior. Just tell me what’s your favorite period for historical romance.  I’ll announce the winner tomorrow.

16 thoughts on “Kris Kennedy And DEFIANT”