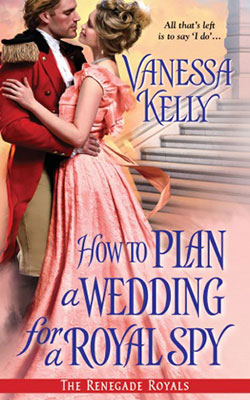 Whether as spies or lovers, the Renegade Royals—illegitimate sons of England’s Royal Princes—are bold, skillful, and a force to be reckoned with…

A war hero returned from Waterloo should be able to indulge in a bit of bad behavior. Instead, Captain William Endicott is summoned by his father, the Duke of York, to investigate an assassination plot. The unlikely suspect: William’s former sweetheart. Will can’t believe that innocent Evie Whitney could be mixed up in anything so nefarious. Then again, almost everything about Evie has changed—except for his body’s instinctive response to hers…

Just as Evie’s life is finally coming together, Will saunters back into it. Should she slap him—or seduce him? Even as she tries to decide, scandal pushes her toward marriage with a man she can neither trust nor resist—and into the heart of a deadly conspiracy… 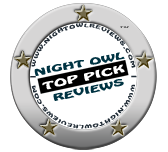 “Sensational! Having read several of the other Renegade Royals books by author Vanessa Kelly, I knew I was in for a treat. And, I was right! How to Plan a Wedding for a Royal Spy is the third book in this enchanting series. I found the story to be first rate, with a plot line that was full of twists and turns that I didn’t see who the villain was until the very end.” ~4.5 stars, Night Owl Reviews

“I enthusiastically recommend How to Plan a Wedding for a Royal Spy, but I recommend even more highly the full Renegade Royals series. (The two novellas are particular favorites of mine.) And I’m already impatient to read How to Marry a Royal Highlander (June 30, 2015), the story of Will’s friend Alec, a high-spirited, deceptively complicated man, and the delightful Eden, Evie’s twin sister.” ~ 4-1/2 stars, Janga at The Romance Dish

“I’ve LOVED this series from the start and Will and Evie’s story is no different. Kelly sucks you into the world of the characters and you don’t want to leave!” ~5 stars, Historical Romance Lover

“Anyone who enjoys being immersed in a series will savor how Kelly carefully sets the stage for a romance centering on the illegitimate sons of royalty…This tale picks up as a hero and heroine are entangled in unmasking a band of assassins and rekindling their youthful passion. Kelly provides a solid read that will have fans eagerly anticipating the next instalment.”~RT Book Reviews, 4 Stars

“How to Plan a Wedding for a Royal Spy is a great story for lovers of exciting historical romances.” ~4.5 stars, Harlequin Junkie Recommended Read

“The plot moved quickly and kept me hooked all the way through. The intrigue and mystery definitely kept things interesting and I actually never suspected who the treasonous culprit turned out to be. I really enjoyed the story and the ending was perfect…How to Plan a Wedding for a Royal Spy was a delightfully charming, absolutely wonderful historical romance.” ~5 roses, Imagine a World

“Vanessa writes a beautiful love story with wonderful characters and sensual scenes that are simply stunningly romantic…she is one of the best in the Historical Romance Genre and I would never miss one of her books.” ~The Reading Wench

“Vanessa Kelly creates amazing characters and detailed plots that have complexity and yet still remain fun. The characters are what make this book so well done. Evie and Will are former sweethearts and their reunion is anything by smooth…the secondary characters were amazing!!! I loved Eden, Evie’s twin sister. She was outlandish and exciting. What was really compelling was the relationship between her and Alec, Captain Gilbride.”~kiltsandswords

“Another fabulous story told! Of course nothing ever runs smooth and there is opposition to their romance. And not from the source one would expect!! And the villain.. yeah so not gonna share who that is..  but this surprise alone makes this book worth reading…” ~Bodice Rippers Reviews

What a great book! Can’t wait for more.”Evie and her twin Eden are as different in demeanor as they are similar in appearance but they are also the best of friends and will do anything for the other, even if it means switching identities. Eden is somewhat of a fireball with her outspokenness and her carefree style. She appears consistently irked by Alec’s presence and the comic relief from their being thrown together makes this story all the more enjoyable…I look forward to more of the Renegade Royals.” ~4 stars, Book Obsessed Chicks

“Ms. Kelly does a great job bringing these characters to life and you will get swept away with this storyline.  Even if you haven’t read the rest of the series, that doesn’t matter because Ms. Kelly makes it easy to follow along and enjoy this delightful romance.” ~4 stars, Books-n-kisses 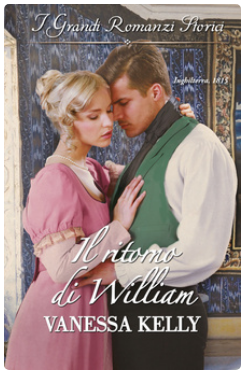 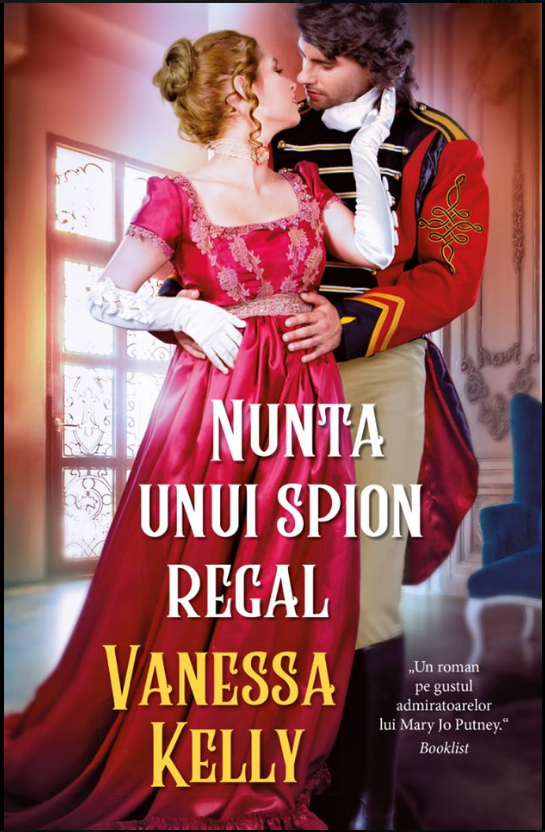