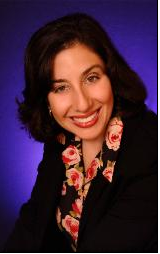 I’m very happy to have fellow Regency author Tina Gabrielle guest blogging today.  Tina has an awesome new series out, revolving around four sexy barristers.  Here’s what Publisher’s Weekly had to say about it:

I’m turning the blog over to Tina, to sweep us away to the wonderful world of the Regency.  And since it’s almost Valentine’s Day, Tina is going to tell us…

Why Regency Heroes are Perfect for Valentine’s Day!

First let me thank Vanessa for inviting me to blog. It’s wonderful to be here!

I’m Tina Gabrielle, and I write rich Regency historical romances full of passion and emotion for Kensington Books. My new Regency Barrister series, launching with In the Barrister’s Chambers, is about four sexy barristers and the women who wreak havoc in their chambers and steal their hearts.

In 2011, I attended a national writer’s conference and listened to an agent tell a group of aspiring writers that Regency heroes are very popular in historical romance. Now as a Regency romance author, this was great news to hear, but it did make me wonder why. What makes the Regency heroes so attractive to avid romance readers? Here are my thoughts:

The Regency look is a fabulous one—and not just for the women. Who can resist a man with a well-tailored coat, an elaborately tied neckcloth, breeches, and gleaming hessians. Accessories might include gloves, a quizzing glass, cane, or beaver hat. It’s similar to Hollywood’s red carpet. No sweatshirts, ripped jeans, or old sneakers for the gentlemen of the Regency. Men dressed well, whether in town or in the country. 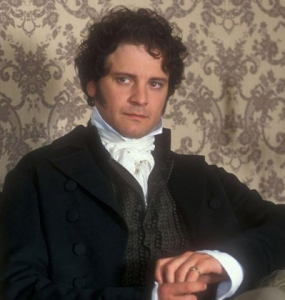 And for the women? An upper-class Regency woman could change three to four times a day. Morning dresses, walking dresses, carriage dresses, evening dresses, and ball gowns. It’s enough to make the head spin, yet as romance readers, we love it. It is French lace and fantasy!

Carriages, elegant town coaches, barouches, and phaetons. But the daring and sporting curricle was the ultimate Regency race car. It must have been exciting and romantic to have been taken for a ride around Hyde Park in a handsome gentleman’s conveyance of choice.

Drinking, Gaming, and Partying, Oh My!

The upper class could lead a life of partying that would put any college fraternity student to shame. Drinking to excess was common, gambling a way of life, and balls and soirees during the height of the Season expected. Starting with the Regent himself, who spent vast amounts of money on fine wine, food, clothes, and entertainment. Who else could build a pleasure palace like Brighton Pavillion and host such lavish dinner parties? As for gambling, gentlemen had private clubs such as White’s, Brooks’s, Boodle’s, and Waiter’s where it was not uncommon for them to place bets on just about anything. Women could indulge as well, and they attended parties that lasted well into the morning hours.

Titles or the Self-made man?

We’ve heard them all: dukes, earls, viscounts, and marquesses. There are so many romance novels involving titled lords and ladies. Yet as a romance reader, each book is unique and I find myself swept away. But what’s so special about the Regency period is that you can have the sexy self-made hero as well as the titled one.

Which type of heroes do I like to write about? Both, of course! The heroes in my Regency Barrister Series all start out as—you guessed it—barristers and self-made men. Jack Harding from In The Barrister’s Chambers is a top criminal barrister who has an eye for Lady Evelyn, the daughter of an earl and his former mentor. James Devlin from In The Barrister’s Bed always believed he was an illegitimate son of a duke until a twist of fate reveals he is the true Duke of Blackwood.

Here’s a sneak peek at both Barrister Books: 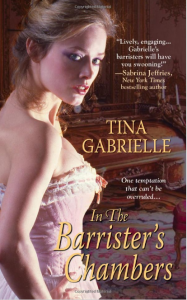 IN THE BARRISTER’S CHAMBERS

Lady Evelyn Darlington’s first love was the law. But since a woman scholar meets nothing but ridicule from men, she has given up and chosen a future husband. Randolph seems adequate for the task: to provide intelligent conversation and not annoy her too much. Of course, before they can be engaged, she’ll have to do something about the murder charge hanging over his head. If only London’s top barrister wasn’t Jack Harding, object of all her unattainable girlhood fantasies…

Jack Harding remembers Evelyn well—but the idea that the gorgeous woman standing before him is little Evie, the professor’s daughter, is incredible. He knows better than to enter a business relationship when he wants to pursue pleasure. Yet however desirable she is now, Evie is still Evie—stubborn, smart, and never willing to take no for an answer. Even though proving her fiancé’s innocence might just cost her her own…

A bastard by birth, James Devlin lives on his own terms—until a twist of fate reveals that he is the true Duke of Blackwood. Though the brooding bachelor swears to hold on to his freedom, he does intend to take back his childhood home. But once at Wyndmoor Manor, he discovers an arresting adversary in Bella Sinclair. Her hot-blooded claim to his home is amusing…and arousing. Which is why he isn’t leaving until he takes possession of everything—starting with the bewitching Bella…

Bella is furious when the Duke barges into her home, declaring it rightfully his! The willful widow is not about to give up her haven without a fight, no matter how determined the Duke is—or how sensual the battlefield. But once she’s sharing a house with the beguiling barrister, she is in danger of losing everything—one deep, slow kiss at a time…

So tell me: What do you love most about Regency heroes? The clothes, the titles, or the lifestyle?

For a chance to win a signed copy of IN THE BARRISTER’S CHAMBERS, just leave a comment. Good luck!

Tina Gabrielle, an award-winning author, is an attorney and former mechanical engineer whose love of reading for pleasure helped her get through years of academia. After multi-publishing for a prestigious Law Journal, she fulfilled her dream of writing fiction. She is the author of In The Barrister’s Chambers, Lady Of Scandal, and A Perfect Scandal from Kensington Books. The second book in her Regency Barrister Series, In The Barrister’s Bed, is scheduled for release by Kensington in July 2012. Visit her website at www.tinagabrielle.com

Vanessa, here.  Get cracking, you Regency lovers!  Tell us what you love about Regency heroes for a chance to win this wonderful book!