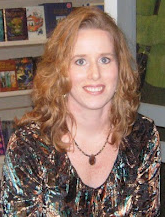 My friend and very accomplished author Stacey Joy Netzel is on the blog today.  She writes fab romantic suspense and also lovely contemporary romance. Her heroes are rugged, her heroines resilient, and her books are a real treat.  I’m going to turn the blog over to Stacy now, as she asks us a very important question.

What’s your preference in romance?

As a reader and writer, I’m a fan of sensuality in romances versus outright explicit sex. I like the promise of what’s to come, the delayed gratification of a sizzling attraction, and getting to use my imagination a little (or a lot).

I love the drawn out foreplay, not forever mind you, but just enough to get my heart beating that slow thud of anticipation like the heroine’s. Whether it’s in a specific scene, or through a good portion of the book, if it’s done right, there are times I enjoy the expectation more than the actual act.

Don’t get me wrong, I have no problem with the end result of the sensual foreplay and I’m even getting more comfortable writing it, but when a writer can make me experience that thrill of anticipation along with the heroine, that’s gold!

Here’s an excerpt of a sensual scene that I enjoyed writing in my contemporary western CHASIN’ MASON:

When his father announced his engagement to a gold-digger with a lying, scheming fourteen-year old daughter, seventeen-year old Tripp Warner left Warner Ridge Ranch and never looked back. Until the day he got the phone call that his father had died unexpectedly.

Reggie Reed lives with her guilt every day but can’t quite work up the courage to track down the son of the man who raised her as his own. When Tripp shows up at his father’s funeral eleven years later—and a hell of a man to be reckoned with—he has no interest in her too-late apology. Worse, they’ve inherited half shares of the family ranch—but only if they work together to catch Mason’s Gold, the stallion a young Reggie let escape and made sure Tripp took the blame for.

Tripp proposes a secret competition to the beautiful witch who stole his life: whoever catches the stallion first gets the ranch all to themselves. It sounds simple, but once they’re out on the range, tempers and passions flare in the Texas heat and nothing goes as either of them expects. 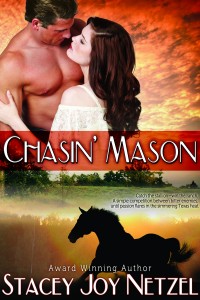 “You’d better put your boots back on, Princess. You never know when you might happen on a rattler.”

White-hot anger seared through her again. She whirled around so fast he took a half step back.

“It’s Reggie. Or, if you prefer the bitch version, then call me Regan, but stop calling me Princess.” She took a step closer. “And touching as your concern is, my boots are soaking wet because of you, so just leave me alone.”

One side of his mouth quirked. “Poor, Princess. You didn’t see him today, did you?”

Just that quick, he flipped her on the defensive. She crossed her arms over her chest and lifted her chin as he stepped past to spread out his wet clothes.

“At least I looked,” she griped.

“Yeah, right, in your dreams, maybe.”

She was pretty sure he was lying, yet her stomach still flipped uneasily. “Where?”

Biting back a growl of frustration, she muttered, “Cocky jerk,” on her way over to the woodpile next to the cabin. Since she obviously wasn’t going to get the sleep she needed, she might as well start the campfire to dry out her boots and make some dinner.

Reggie piled her arms with a couple pieces of smaller kindling, a couple larger chunks, and—

An ominous rattle froze her in place.

Over the logs in her arms, her gaze sought out the source and spotted a coiled Western Diamondback who must have been sunning itself against the cabin logs—three feet from where she stood. In all her years out here, she’d never run into a rattlesnake. Because she was careful, watched what she was doing, and honestly, had just been plain lucky.

Damn Tripp and his warning—he’d jinxed her! Without her boots for protection, if the snake bit her, she’d be in real trouble.

The rattle continued and the snake’s head rose higher as it moved slightly to the side. Reggie’s fear mounted. What should she do? Throw a chunk of wood at it? Stay frozen? Run? God, she’d forgotten everything Judd and Ernesto had drummed into her head and her limbs started to tremble from the strain of holding perfectly still with the armload of wood.

Tripp. She would’ve sagged with relief, but didn’t dare move a muscle. She hadn’t even heard him coming up behind her.

She knew it was coming but still flinched. His firm grip revealed his tension, which only made her more nervous.

“Strike distance is half the length of his body.” Sure, that she remembered. “He looks at least six feet long.”

“He’s lucky if he’s five—we’ve got a good six inches on him,” Trip assured her. His breath fanned her ear as his body pressed against her back. “We’ll just give the little guy a minute to settle down.”

His hands slid inch by slow inch down her arms until he held her in the circle of his arms. She wouldn’t have thought it was possible, but she relaxed, leaning against him as he helped absorb some of the weight of the wood to relieve her aching muscles. Even though the air was still quite warm, she welcomed the reassuring heat of him against her back, somehow safe in his protective hold.

Quick as it’d begun, the rattling subsided. The snake uncoiled and slithered away toward the woods, mesmerizing in its gracefulness. Reggie followed the reptile with her gaze until the striped tail and lighter colored rattle disappeared. She closed her eyes in relief.

You’d think she could breathe now. Move. Do something.

“You can let go of the wood,” Tripp said, his voice somewhat gruff.

She wanted to press her ear against his warm mouth. Instead, she said, “It’ll drop on my toes.” He chuckled and the sound sent a curl of desire straight through her.

Leaving one hand curved around her stomach, he used the other to methodically toss each piece of wood back on the pile. When her arms were empty, he slid his palms down along her forearms, twined his fingers with hers and wrapped her in the most sensual embrace she’d ever experienced.

With her eyes still shut, there wasn’t a single inch they touched she wasn’t aware of. His cheek alongside hers, chin resting on her shoulder, chest to back, his hips nestled just above the curve of her butt. As the tension drained from her body, she let her head relax back against his shoulder. She’d gladly stay right here for eternity.

Her eyes popped open. What was she doing? The danger was not gone—he would hurt her. He’d made no secret of the fact that his main goal was to get back at her, to take away everything she held dear, like she’d done to him.

She stiffened in his arms, straining to break free of his hold. She thought she heard him sigh as he released her, but when she spun around to escape into the cabin, he caught her arm and drew her against him.

Face to face. Chest to chest. Hips to hips.

Another wave of heat swept through her when she realized she wasn’t the only one physically affected by the moment of insanity in his arms.

“It’s only going to get worse, you know.”

She refused to look up; she couldn’t let him get to her—even though he was probably right. “The only thing between us is the last eleven years.”

His fingers flexed against her skin. “And despite that, I still want you, Regan.”

The rough statement weakened her knees, but his use of her given name reminded her of his true opinion of her. It gave her the strength to finally meet his blue eyes, desire-darkened to the color of a midnight sky. When it came right down to it, she was fighting for her life.

“No, Tripp. You want to ruin me, and apparently, you’ll use any means necessary.”

So, again I ask, do you prefer sensual or explicit in your romances? Let me know and I’ll enter you into a drawing for your choice of an ebook from my backlist.

Thanks so much to Vanessa for having me here today, and to everyone who’s come by to visit. Happy reading!

Thank you, Stacey, for that wonderful excerpt! Readers, Stacey is a wonderful writer–I’ve read her books and I love them. So answer her question, then check out her website for more info on her books!