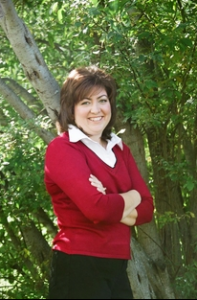 I’m thrilled today to have contemporary and historical romance author Michelle Beattie on the blog.  Michelle began her career as a published author with some really great books in one of the most entertaining sub-genres of romance – pirate books! 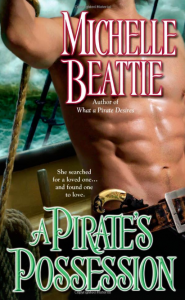 Here’s what RT Book Reviews had to say about A Pirate’s Possession:

“Beattie has made her reputation creating fast-paced, exciting high-seas adventure romances with feisty heroines, daring heroes, rapid-fire dialogue and a heady mix of passion, pleasure and exploits.  Her third novel is a delight to read with plenty to savor for the pirate fan hidden within all of us.”

Like many well-established authors, Michelle is moving into the realm of indie publishing, and she’s doing it with two new books – with a western historical romance called Another Chance, and with a contemporary romance called Love By Accident.  Let’s ask Michelle about her new books: 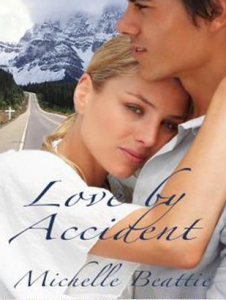 You started your career writing fabulous pirate romances.  Why the switch to contemporaries and Westerns?

Actually, I started my career writing westerns, except the industry at the time wasn’t interested in historical westerns. I actually wrote two, Another Chance being my first. Since they weren’t selling, I decided to try a contemporary. Love By Accident had been in my head since 1989. It’s loosely based on a true story of an accident that rocked our family but I wasn’t ready to write it. It wasn’t until 2006 that I felt I could write it and get the emotions out that I wanted to convey. I finished that book but before I could write anything else my dad died. For a year and a half after that, I couldn’t write at all. Everything was garbage. It wasn’t until I saw Pirates of The Caribbean-The Curse of the Black Pearl that all that changed. I never intended to write a pirate book, but Jack Sparrow and Johnny Depp changed all that for me. Johnny Depp gave me back my writing and, thanks to that, I published the first of 3 books. Anyhow, all that to say I really didn’t “switch” genres. As to more pirate books, yes, I’m actually hoping to start Pirates #4 this week. It’s always been a 5 book series in my head so I will finish it, though at this point I’m still looking for a publisher for them. However, you can also expect more westerns from me and more contemporary romances. I want to write the stories that touch me and pull at me so I’ll never be just a western writer, or just a pirate writer. I’m a romance writer and I’ll continue to write romances of multiple genres.

What do you read when you’re working on a manuscript?

Whatever. I don’t read the genre I’m writing necessarily. It’s whatever book I like at the time. For example right now I’m reading a historical regency but I was reading a contemporary when I revised Another Chance, so it just depends on what’s on sale at the time and what grabs my attention.

Do some genres help or hinder you in finding your voice or story?

I’ve been told that I have a contemporary voice that doesn’t always work well in historical novels, but I’ve also had fans write to me telling me that my books are easy to read and flow nicely, so I guess that’s personal on the part of the reader. For my voice, it’s my own and I don’t feel an influence in my historicals, but certainly in my contemporary I have had instances where I was influenced by a few of my favourite authors. As for my story, those ideas just come at me without rhyme or reason and are most often based on my dreams, desires or personal experiences so the genres don’t influence that.

Never. I need silence. I can’t even write well if someone else is in the house. I thought for my pirate series I could listen to the soundtrack, but I love that movie so much that instead of focusing on my story I was seeing the movie in my head.

If you were stranded on a deserted island, what two luxury items would you bring with you?

Oh, that’s a hard one! For practicality, I’d bring blankets and a mattress. For fun, I’d bring a really hot, sexy man and a case of white wine.

Michelle, I want to come to your deserted island!  Thanks so much for being with us today, and we’ll look forward to all your new releases.

Readers, Michelle is graciously giving away copies of her new books.  One reader who comments will win a copy of Love By Accident and another reader will win a copy of Another Chance.  Just tell me what luxury item you would bring to a deserted island!