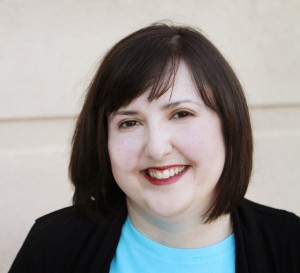 My most excellent friend Manda Collins is back with us on the blog today.  Manda writes witty Regency-set historical romance with a dash of mystery for St. Martin’s Press.  Her books are simply lovely and fun, and if like historical romance and you haven’t read Manda…well, do!

But Manda is branching out these days, and she’s here to tell us all about it.  Take it away, my lady!

And Now for Something Completely Different

Have you ever felt yourself falling into a rut? Doing the same old same old starts to pall. The tried and true routines that might have given you comfort in the past begin to grate on your nerves. And soon you find yourself searching for something—anything—to change up the sameness of the days.

This is the just the situation that the heroine of my novella, Legally Yours, finds herself in. After years spent raising her younger sister after the death of her parents, Julie Streeter finds herself in the unusual position of suffering from empty nest syndrome—at the ripe old age of 30! 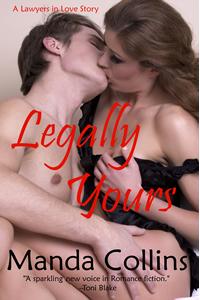 Now, I’ve never been in that kind of situation, but I can definitely relate to the feeling old bit. Unfortunately (or fortunately depending on how you view it), I was one of those kids who was born old. My Great Aunt told me this hilarious story once of how she was riding in the car with my Mom and me (and it was the 70s so like any 4 year old of the era, I stood/sat on the armrest between the two front seats) and I very calmly and precisely told my mother where she should turn, and basically was being a big old back seat driver.

At age FOUR! So, you can imagine what I was like as I got older.

I read somewhere once, that Capricorns—among whose ranks I fall—tend to age backwards. That is, they start out as “old” children and then gradually as they age they become more and more carefree and childish. Not that I will EVER admit to being childish, but I can totally understand how this character assessment could be spot on for me.

When I was a child and a teenager, I was far too busy being a grownup to behave in a childlike manner. The same holds true for my writing career.

But, I realized something a few weeks ago when I turned in the revisions for my third Ugly Duckling book. I am not so very many years away from the big 4-0. And like Julie, I’ve realized that there are some things I’d like to do. Some risks I’d like to take.

So I wrote Legally Yours. And self-published it. And the sky did not fall! (Though we did have that enormous supermoon! Coincidence? Who knows!) So, item one on my own “Before Forty” list has been dutifully checked off! Woohoo! 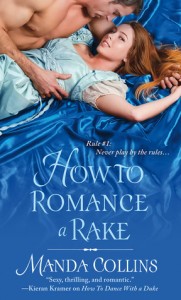 So, dear reader, what about you? Have you ever found yourself feeling the need to change the status quo? Have you ever taken a risk just for the heck of it? Or, is there something you’ve been wanting to try but haven’t gotten up the courage to try yet? Inquiring minds want to know! I’ll be giving away FIVE copies of Legally Yours to randomly chosen commenters. And one sixth commenter will receive BOTH a copy of Legally Yours and an ARC of my next Ugly Ducklings book, How to Romance a Rake!

Vanessa, here.  Zounds!  What an offer!  Five copies of Legally Yours AND an ARC of How to Romance a Rake!  That is one heck of a deal.  So, readers, get to answering Manda’s question.  Let’s get this conversation going!