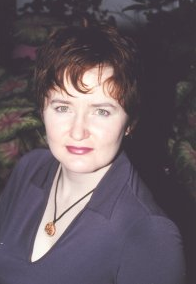 I’m very pleased to have multi-published romance author Jody Wallace guest blogging with me today.  Jody writes in several genres for Samhain Publishing and Carina Press, and most of her books have what she calls a “fantastical bent.”  Jody has a new book coming out this month called Pack and Coven, and it’s a paranormal romance.  I’d like to hear more about it, so take it away, Jody!

The Same but Different, or Different but the Same? 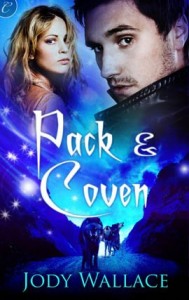 Let’s talk about werewolves in romance fiction. Certainly werewolves didn’t start out as hero or heroine material. Poor, unfortunate souls savaged by other werewolves and condemned to terrorize the neighborhood during the full moon, this guy was not the one you wanted leaving his boots under your bed. Or his pelt.

It wasn’t until the paranormal romance genre increased in popularity in the late 1980’s and early 1990’s that wolves and their kin began appearing as desirable lovers. They often came packaged with loyalty, mate bonds, the ability to transform their lovers into wolves, pack politics, and enhanced, ah, abilities. You know…strength and eyesight and hearing. That’s all I’m talking about!

And male werewolves? Down, boy. Are they ever alpha! Some paranormal romances and urban fantasies portray werewolves as existing in a structure somewhat like actual wolves, with an alpha male and an alpha female at the head of the pack, while others take different paths. However, I don’t think I’ve read any werewolf romances in which there were no alphas, particularly those romance staples, the alpha males. 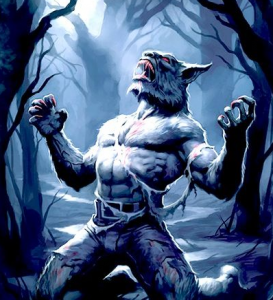 It’s an excuse to write an alpha male so alpha he’s actually Alpha instead of just a Duke who’s used to getting his way, know what I mean?

So why write another paranormal romance with werewolf characters? What have I done in Pack and Coven that’s the same but different, and different but the same? For one, there are no vampires in Pack and Coven. Instead, I’ve got witches who use organically-based magic. For two, no triangles…unless you mean the scrumptious shape of a slice of pie. For three, our hero Harry might be an alpha genetically, but no WAY does he want to be in charge of some whiny pack of quarrelsome shifters. For four–see, I promised, no triangles–our heroine June is the plot instigator in the beginning, rushing in on her white horse, which looks an awful lot like a Smart car, to save her friend Harry when the local pack tries to conscript him.

So hopefully those and other aspects of Pack and Coven will be different enough to set my werewolf and witch tale apart, while being familiar enough to interest paranormal romance readers. Maybe even Regency readers! Hey, an author can dream.

Thank you, Vanessa, for inviting me to your cyber-house today. You must all be sure to check next week at my blog when Vanessa is going to be interviewed by Meankitty (the alpha of the Wallace household), and then Meankitty, who took a liking to Vanessa despite her catless state, is going to “fix” one of Vanessa’s books and covers with a spot of cattification.

Vanessa, here.  Jody, thanks for the fantastic post!  I must admit to being a little nervous about my interview with Meankitty, though.  I hope she takes pity on me!  Meanwhile, here’s the blurb for Pack and Coven:

Harry Smith is a lone wolf, and he likes it that way. When he’s targeted to be co-alpha of the local pack, there is only one thing he can do to maintain his freedom: flee. But it’ll take a miracle to stay a step ahead of shifters in their own territory.

June Travis has been in love with Harry for years, but he doesn’t know her real identity. He sees her as the sweet owner of the local tearoom—the facade June presents to humans and werewolves to keep them from finding out she’s a witch. She may not be able to offer Harry a miracle, but she can help him escape.

Harry is drawn to this new side of June, and not just because he’s grateful for her help. With her magic temporarily hiding Harry from his pursuers, the witch and the wolf explore their mutual attraction. But there are consequences for witches who bed down with wolves…

For more info on Jody’s books, check out her website.  You might also want to stop by her blog and see what’s happening with Meankitty!

For my readers today, Jody will be giving away a copy of Pack and Coven.  Let’s talk paranormal heroes, to continue the theme of Jody’s post.  Who’s your favorite alpha paranormal guy from books, TV, or movies?  One person who comments will win a copy of Jody’s book.