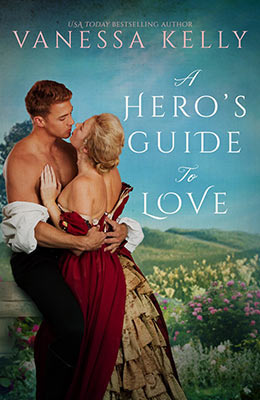 Clarissa Middleton feels far from ready to attend a ball, though it’s been a more than respectable year and a half since she lost her husband to the battlefield. Still, she knows he would want her to find love again. The very idea is impossible to imagine. But perhaps her good friend, Lillian, is correct: Clarissa doesn’t need a husband—she needs a flirtation. She just doesn’t expect it to be her younger host, Captain Christian Archer, who happens to be Lillian’s brother…

Clarissa hasn’t seen Christian in years. She’s taken aback to find that the scrappy boy she once knew is now a handsome, battle-hardened soldier—the familiar look of mischief in his gaze a clear, and very tempting, invitation to so much more than their childhood teasing. To accept would be entirely inappropriate, risking the censure of the ton. Yet when Clarissa finds herself in desperate need of help that only Christian can provide, her plan to keep her distance may backfire—in a most irresistible way….